Slayer keys are ﻿a new way of making bank while on slayer tasks!

These keys will be dropped while on task and vary in level!

Tier 1 all the way up to tier 5 keys can be obtained at varying drop rates!﻿

The higher the tier the more likely you are to﻿ receive an ultra rare drop!

Redeem these keys at ::soul room﻿ 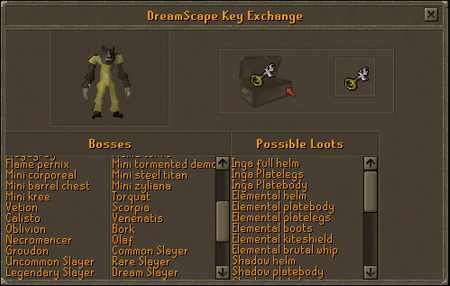 To be Announced at a later time These keys boast some of the lowest drop rates in Dreamscape!

Retrieved from "https://dreamscape317.fandom.com/wiki/Slayer_Keys?oldid=47121"
Community content is available under CC-BY-SA unless otherwise noted.